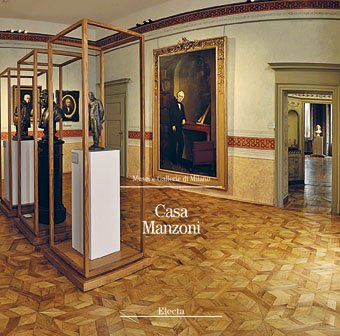 Following the creation of the Centro Nazionale di Studi Manzoniani in 1937, the house in Contrada del Morone where Alessandro Manzoni lived from 1814 until his death in 1873 was turned into a museum of the great writer’s life and works, an important library for Manzoni studies and also a research and publishing workshop. Extensively transformed by Manzoni’s son Pietro, who went to live with his father on the death of his second wife Teresa Borri Stampa in 1861, and having lost all its original furnishings during successive changes of ownership, the house retains just two significant rooms from Manzoni’s day: the evocative ground-floor study, looking over the garden, and the bedroom, as bare as a monk’s cell. Over time, the other rooms have been converted to two main functions: the “Manzoni Museum” and the Library, where books belonging to Manzoni and his family have gradually been supplemented with new acquisitions.