NOTICE
The museum in Milan is temporarily closed until further notice, following the latest government advice in managing the COVID–19 pandemic.

For the first time ever, Milan – the city which was second home to the artist for many years – is hosting an exhibition on Giambattista Tiepolo to mark the 250th anniversary of his death.

With the patronage of the President of the Italian Republic and in partnership with Gallerie dell’Accademia, Venice, Gallerie d’Italia is celebrating the magnificent work of the great maestro, with key paintings on loan from national and international collections and an in-depth look at his sojourn in Milan.

Curated by Fernando Mazzocca and Alessandro Morandotti with over seventy works by Tiepolo and his contemporaries, the exhibition charts the artist’s international success at a time when Italian talents were in demand all over Europe. With its artists, writers and men of learning, Venice reigned supreme in the first half of the 1700s: the language of Venice was spoken in France as well as England, Austria as well as Spain, Germany as well as Poland and Russia.

Tiepolo was an ambassador for Italian art in Europe. Having started out in Venice and perfected his technique in Milan, he and his sons resided with Europe’s most prominent courts, latterly joining the Bourbons in Madrid, where the artist died in 1770. His life was filled with a string of successes and “great works, those which might please Noble and Rich men since they make the fortune of professors”, as the painter somewhat arrogantly wrote on the eve of his departure for Spain.

The last stage in Giambattista’s life was marked by an increasingly close artistic relationship with his children, particularly Giandomenico, whose talent would inspire the maestro to make new stylistic choices. This final stage in the story of Tiepolo is particularly evocative, as charted in some of the works on display which draw a comparison between father and son.

The exhibition catalogue is published by Edizioni Gallerie d’Italia | Skira.

Combined tickets valid for temporary exhibitions and the permanent collections may be purchased directly from the ticket office and online (booking recommended): 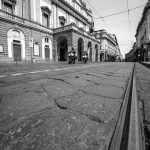 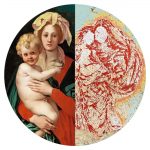 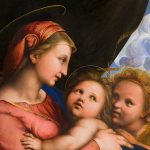