A “collective” bank, rooted in the local area and with a sense of belonging to its people.

The Historical Archives are home not only to the archives of Banco Ambrosiano Veneto, but also the two banks which merged to found it on 31 December 1989: Nuovo Banco Ambrosiano and Banca Cattolica del Veneto, as well as the Milan-based institute’s direct antecedent, Banco Ambrosiano, founded in 1896.

The archives’ documents reveal centuries of history connected to the institutions, key players in the vicissitudes and events of 20th-century Italy, as well as the banks that have merged with them over the years; the company records of no less than 27 institutions from the Veneto region and southern Italy are available for consultation. 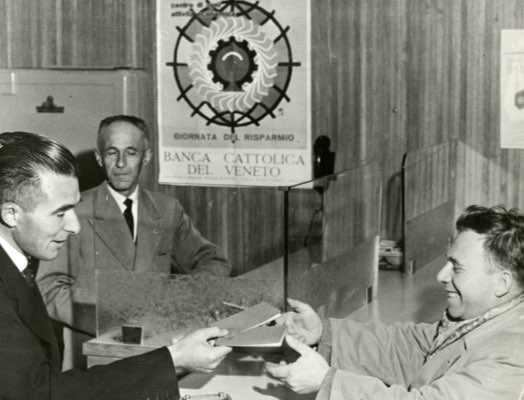 Banco Ambrosiano, a joint-stock credit institution, was founded in Milan

Merger agreements with Cariplo lead to the founding of the Banca Intesa group.

Banco Ambrosiano Veneto did not have its own historical archives.

However, the family tree reveals the numerous banks which joined it over the years as part of two main waves of mergers:

In a race against time, the bank’s records and other documents of historical interest were saved during visits to its local storage facilities and by contacting serving and retired staff members.

The company records of 27 institutions are currently available for consultation: 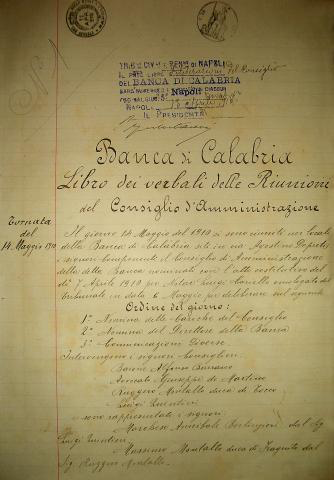