NOTICE
The museum in Milan is temporarily closed until further notice, following the latest government advice in managing the COVID–19 pandemic.

From 9th October 2020 to 16th May 2021, Intesa Sanpaolo’s Gallerie d’Italia, Milan museum will be hosting MA NOI RICOSTRUIREMO. La Milano bombardata del 1943 nell’Archivio Publifoto Intesa Sanpaolo: 70 photographs chosen by curator Mario Calabresi from over 3,300 in the Publifoto Archives, depicting eleven symbolic locations around the city – including the church that hosts Leonardo’s Last Supper, Galleria Vittorio Emanuele, the basilica of Sant’Ambrogio, Brera, the University of Milan and Piazza Fontana – all devastated by the aerial bombardments of 1943.

The photos show a city that has been destroyed yet remains courageous, extremely important shots that reveal the city’s pride and capacity to rise from the ashes. Through this historical account of truly dramatic events, the exhibition sets out to stimulate the city in its current endeavour to restart life in a similar spirit despite the huge differences from that period in terms of the cause of the interruption to normal life, the situations and effects.

The historical shots are displayed alongside photographs of the same places taken during the Covid lockdown period by Turin-born photographer Daniele Ratti.

The exhibition is further enriched by the contribution of Umberto Gentiloni, historian and academic of the La Sapienza university of Rome, on the strategic decision by the Allies to launch a strike on Italy in order to definitively end the rule of Fascism in August 1943 (just a few days after the fall of Mussolini), and a map of the city revealing the areas most badly-hit by the bombing.

The exhibition is the first event in the project ‘Journey into the Intesa Sanpaolo Publifoto Archives’ which sets out to introduce the photographic heritage to the public. Purchased by the Bank in 2015, the Archives now include around seven million analogue photographs (mostly in black and white) covering news stories, politics, traditions and ways of life, society, culture, sport, landscapes and architecture. They photos were taken between the 1930s and 1990s in Italy and abroad, by photojournalists of the famous Italian agency and photographers or other agencies that turned to Publifoto for distribution purposes.

Combined tickets valid for temporary exhibitions and the permanent collections may be purchased directly from the ticket office and online (booking recommended): 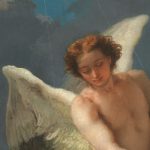 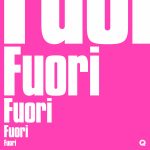 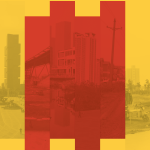 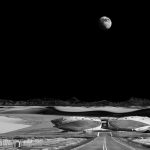